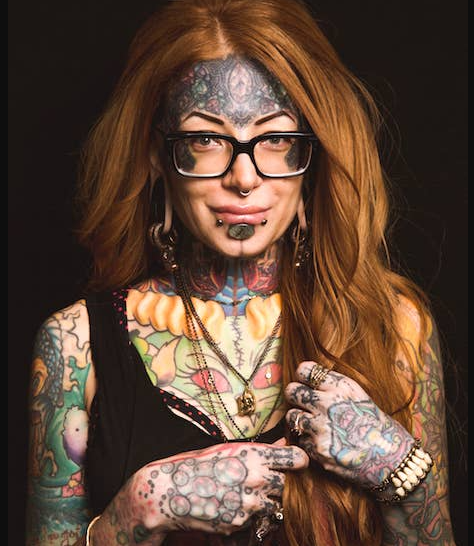 Neck Stretching is quite a fascinating body modification. It has been used for ages to increase the length of the neck. Particularly the tribes of Myanmar and South Africa have been doing this activity as a part of their custom.
The Padaung tribe from Myanmar used to place rings on the female necks around the age of 5. With the increase in age, the rings too were increased which eventually lend to longer necks.
This difficult and painful body modification was typically done to enhance the beauty.

Lip plates were greatly used as a body modification in the ancient age in various parts of the world. Every tribe had a different reason to bear the same. The men of the Kayapo tribe in Brazil used lip plates as a status symbol for high power.
On the other hand, the girls of the Mursi tribe of Africa practiced this tradition just before their marriages.

The Apatani tribe of Northern India largely used nose plugs to modify the looks of women. It has been a custom since ages that as and when the girl reaches puberty, she gets plugged in with nose plugs to look less appealing to outsiders. This practice has been declined in 1970 but many elderly women can be seen with the nose plugs.

It looks as weird as it sounds. Teeth painting, as the name suggests, was quite common in Japan during the span of 1336 to 1868. Women used to paint their teeth to enhance the beauty and protect teeth from decay. This practice was known as “Ohaguro” and the colour used was called “kanemizu” which was a concoction of vinegar, vegetable tannins and iron fillings.

Tongue splitting, as the name suggests, is the practice of bifurcating the tongue into two parts by cauterizing or cutting. It is one of the most popular body modifications and can be seen among many body modification enthusiasts.